Cooking is an art. The latest project of creative agency Arriba! for the gastronomic brand icancook is now sending this message to the world through a new corporate identity and the packaging of premium sauces.

The ingredients of icancook sauces like banana and coconut cream, whole lingonberries and red wine, smoked chipotle, set up the palates for fine dining from the first sight. At the same time, the brand encourages you to create fine dining experience at home. That is why Arriba! introduced icancook as “restaurant-level sauces” on the packaging. 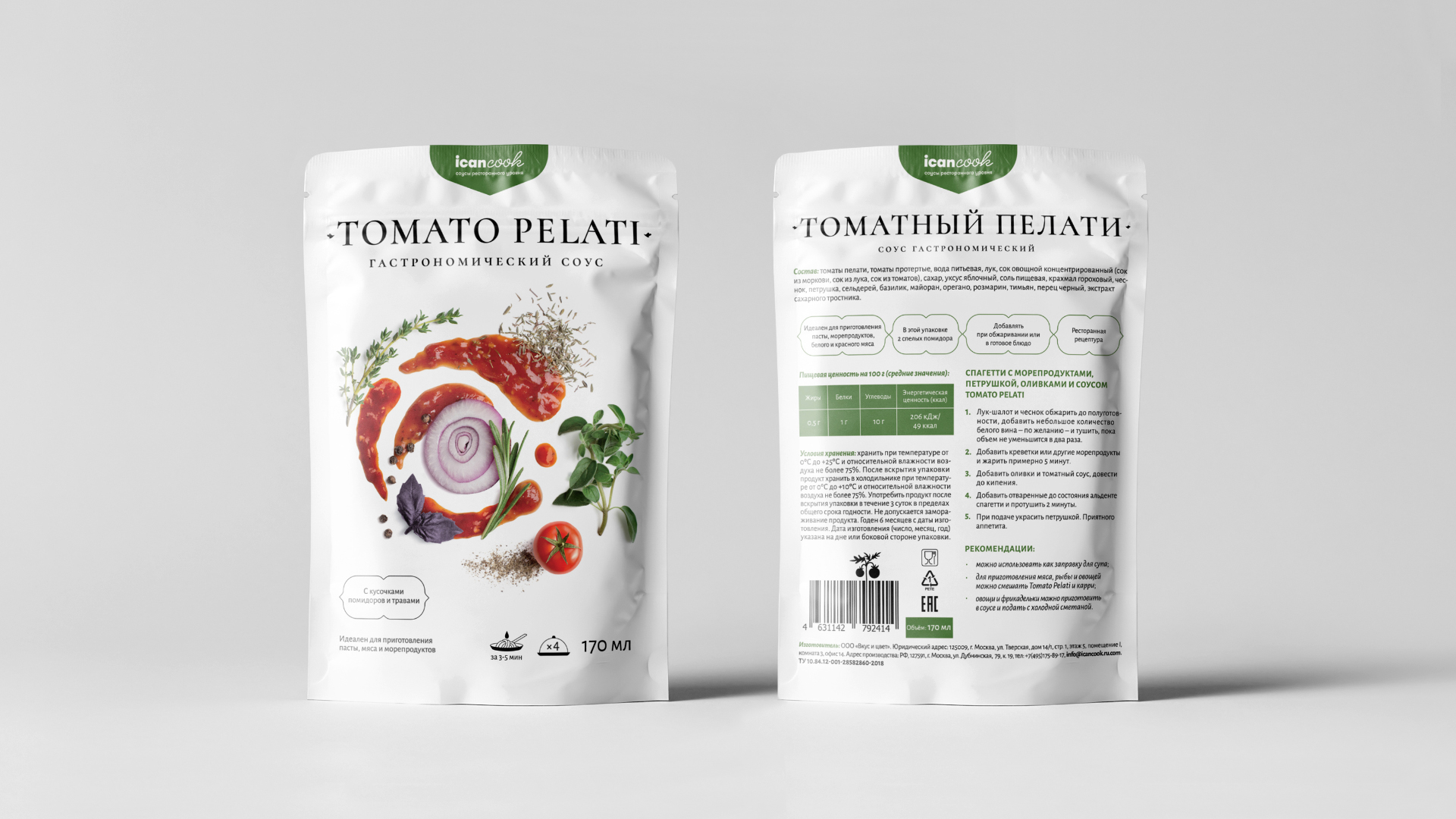 After the analysis Arriba! described today's sauce market as “for every taste and need.” At the same time, there was almost no packaging with a distinctive mood or bright visual. Labels were overloaded with different elements, and the food style was not visually appealing enough. The creative team decided to add character into the concept, freedom of space to design, and work out the food style to the smallest detail.

I see the sauce; I imagine the future dish. One of the functional objectives for the agency was to incorporate a transparent part in the packaging to demonstrate the product. In addition, the design had to look premium and suitable for all products of the gastronomic line. 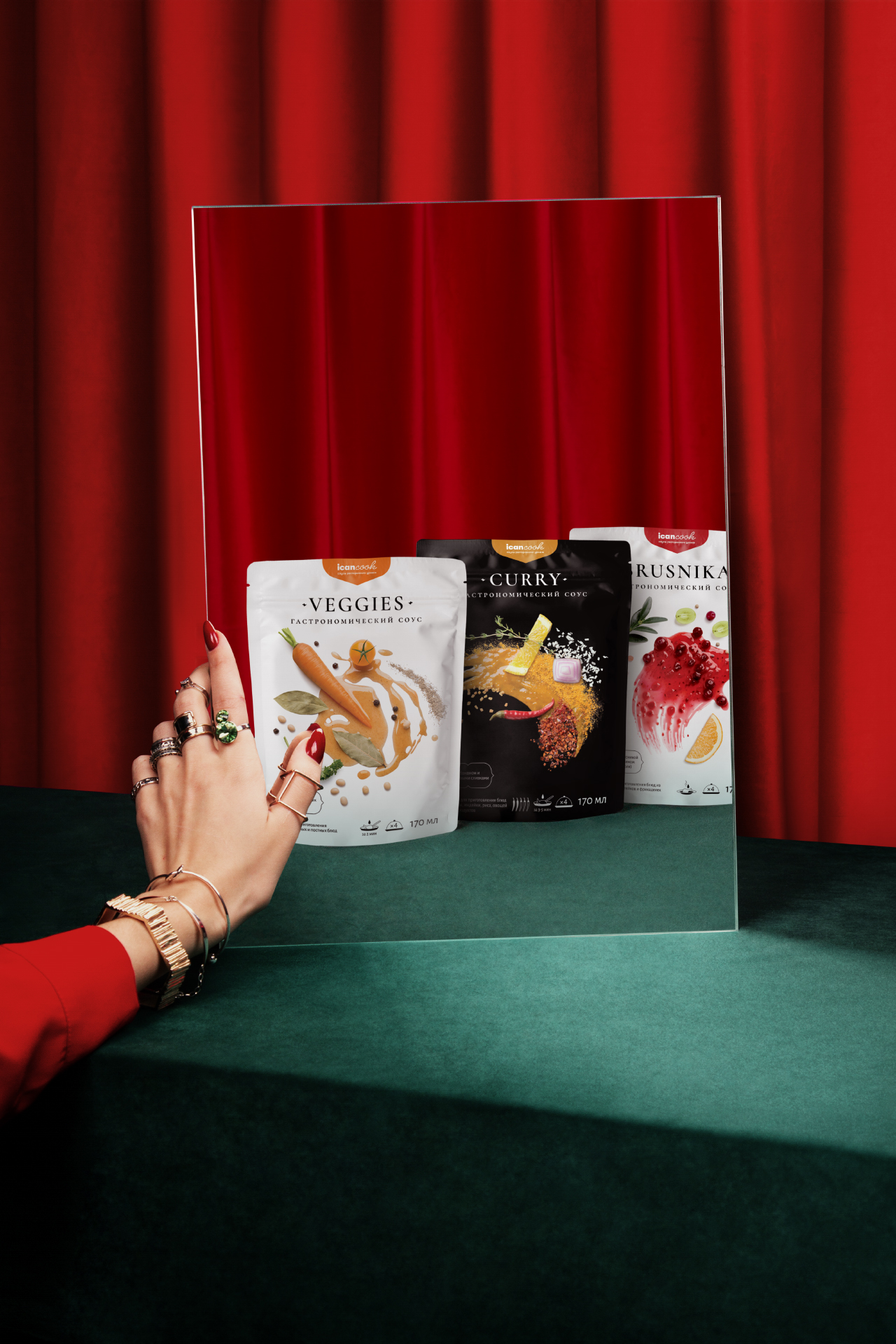 The cook, who was to create masterpieces in the kitchen, became the team's main reference point while creating concepts. Arriba! built the future concept based on how a person perceives his/her dish, what he/she feels during cooking and what role a sauce plays in this process. They realized that cooking is an act of creation, the dish is a work of art, and its sauce is the finishing touch.

The central element of the packaging is a stroke, a smear of an artist. A stroke highlights and balances the flavours. A cook with such product in his/her hands is a creator a second before he finishes his/her masterpiece. The creator knows the shades of flavour the stroke adds to the dish, that is why on the packaging the sauce is framed by its ingredients.

In order to showcase the sauce, the team made the bottom of the packaging transparent. In this way they added functionality to the product and kept the integrity of the front part of the packaging. 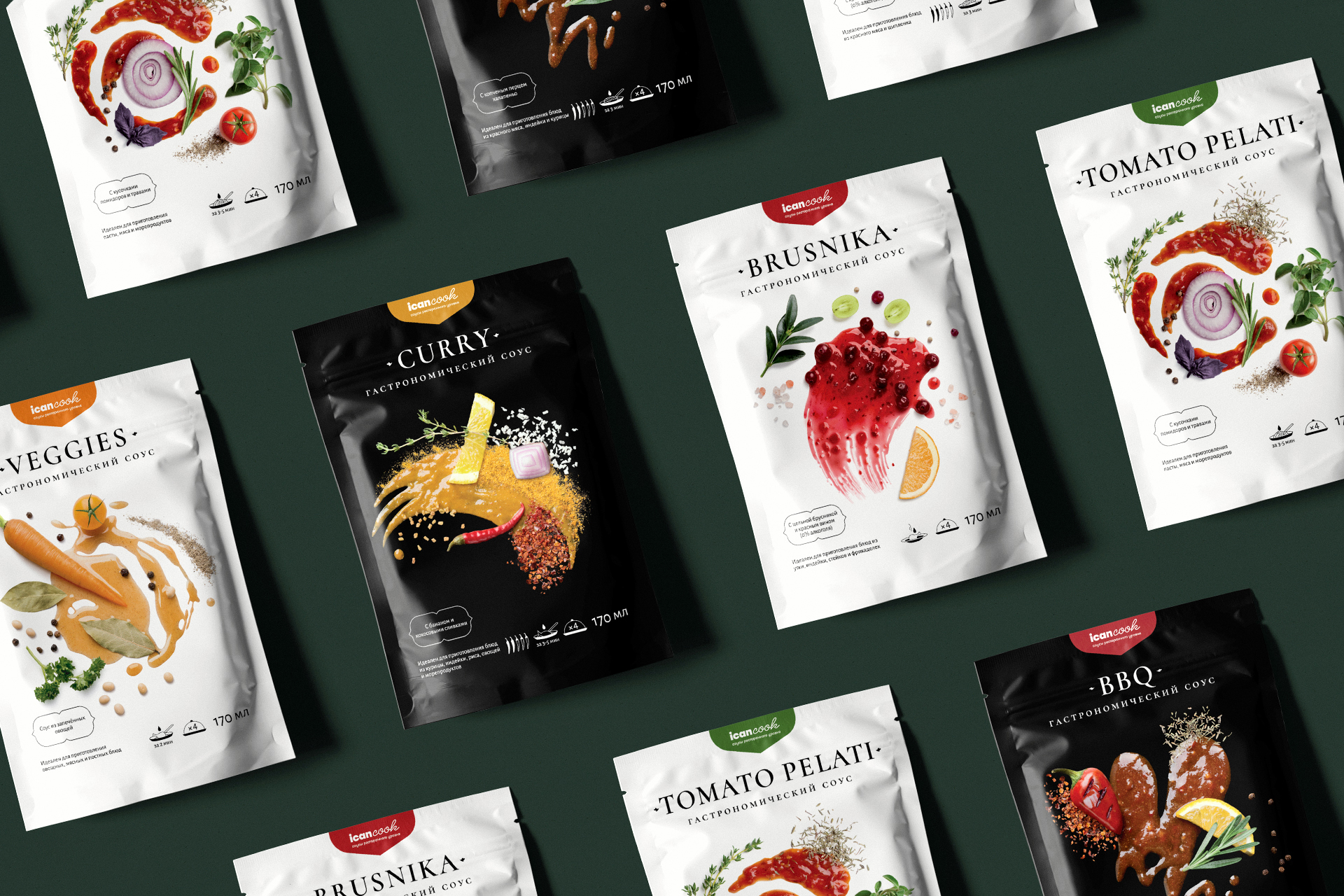 As a result, icancook got a new corporate identity, which set them apart from competitors, and Arriba! got experience working with another culinary brand. 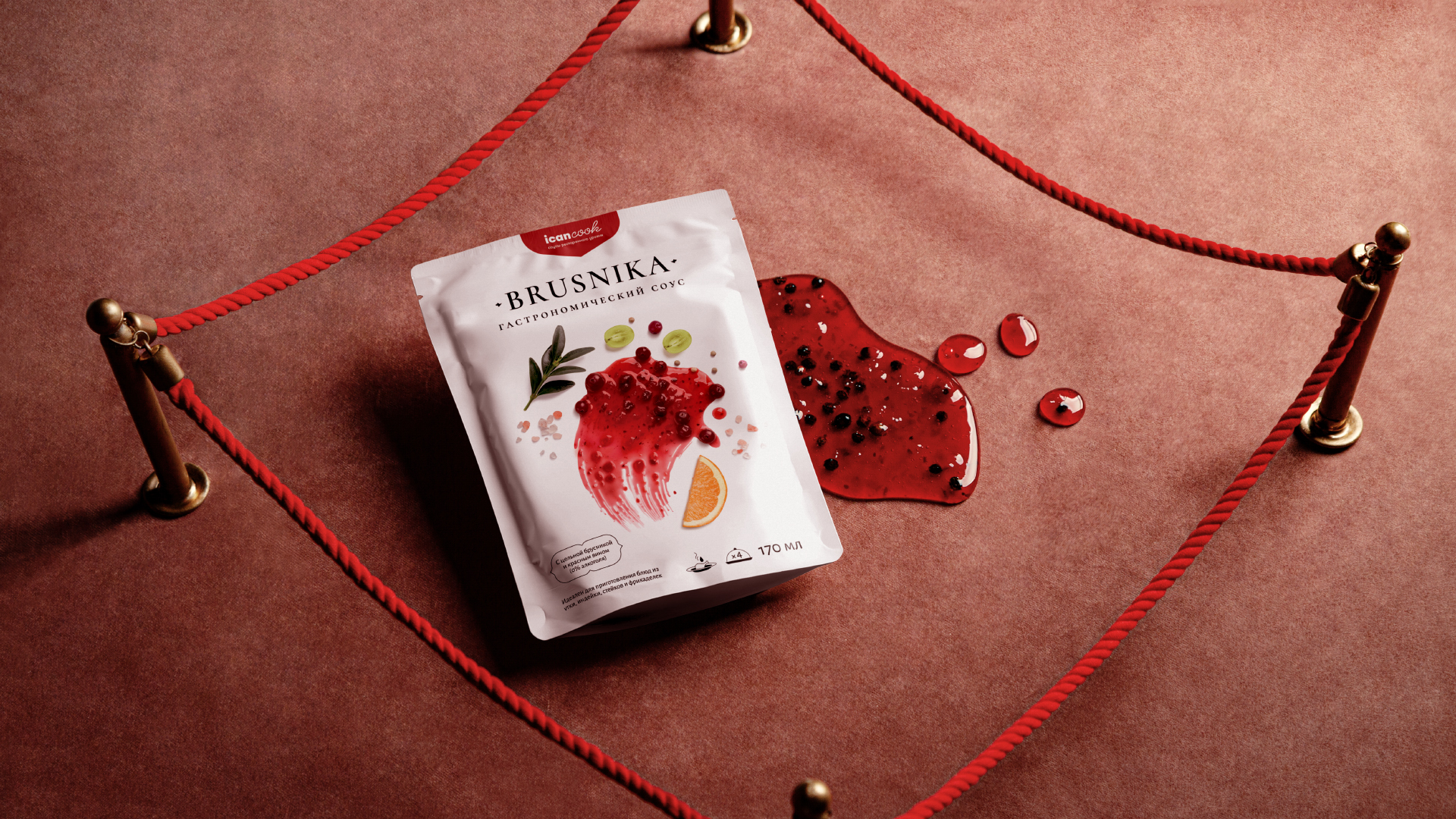 Our way to Arriba! was quite difficult. At first, we reached out to a small branding agency in Moscow, but the packaging they suggested was completely different from our ideas and objectives. Unfortunately, we could not use anything apart from the logo, and were already desperate looking for an agency that would understand the need of our brand.

Our team and I had a great pleasure from the process and were happy with the result. In fact, all the concepts were bold and great. I had to choose between the two, and I keep thinking about the second one I liked at that time. We might use it for one of our product lines. I am extremely proud that the packaging of our products looks so luxurious. It is great to receive positive feedback from consumers, both about the packaging and product quality. When I think about the packaging and product we have, it is obvious that our company has a long and interesting future. I am very grateful to Arriba! for making our dream a reality.