This is the history of a small request which turned into the huge rebranding project of the oldest security agency of the country. Moreover, it is also about the warmest and most trustful relationship between the agency and the client.

“Safety and Security" JSC is the Kharkiv-based security company which produces security and fire alarm systems as well as provides security services. The company was established in 1999.

54 000 objects are currently protected by the company in Kharkiv and Kyiv. It has been also operating in the EU since 2007 and in the USA, under the brand of Ortus.

The business was relatively successful but I understood that our typical customer was changing whereas the way we looked already seemed old-fashioned. 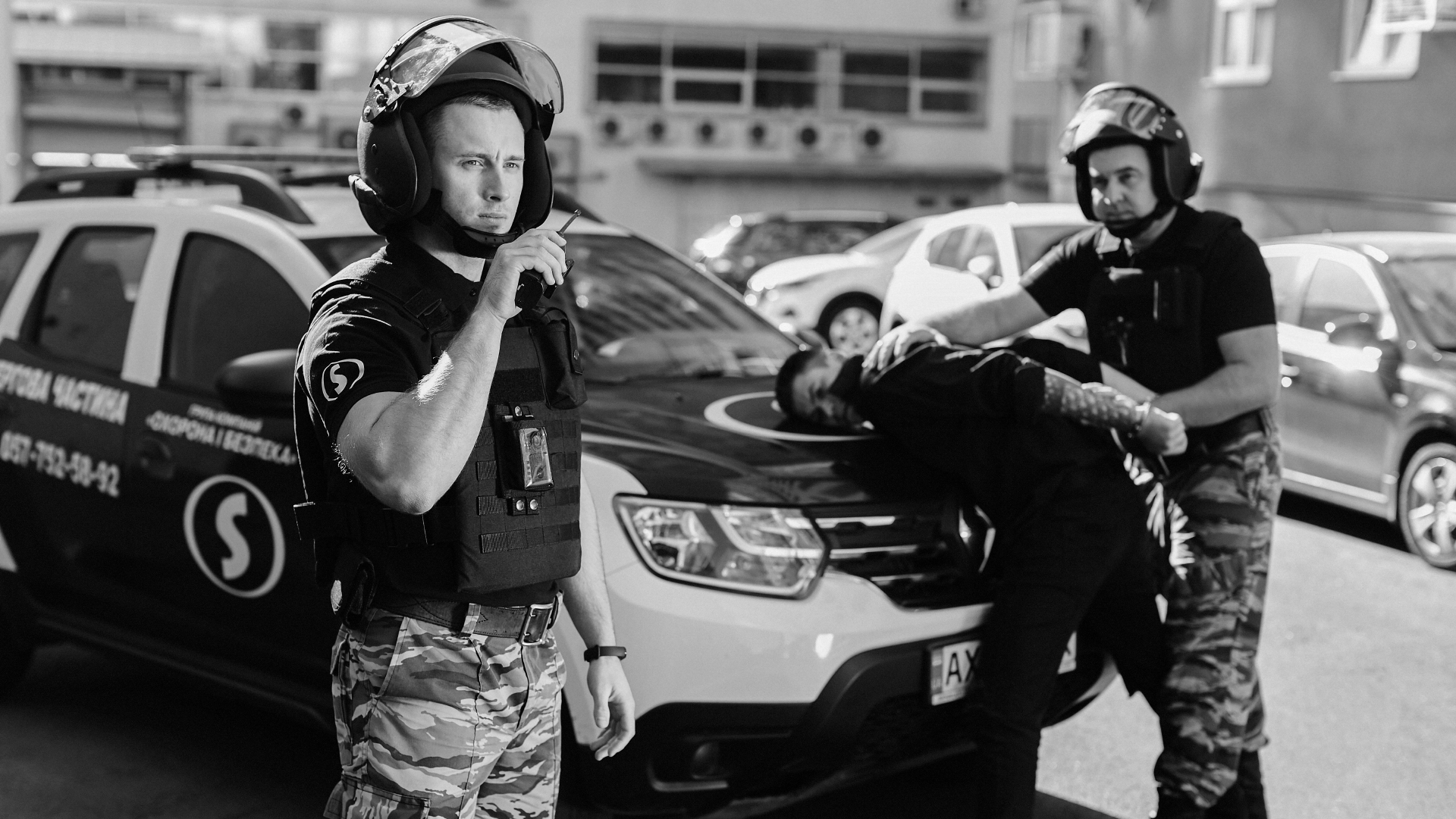 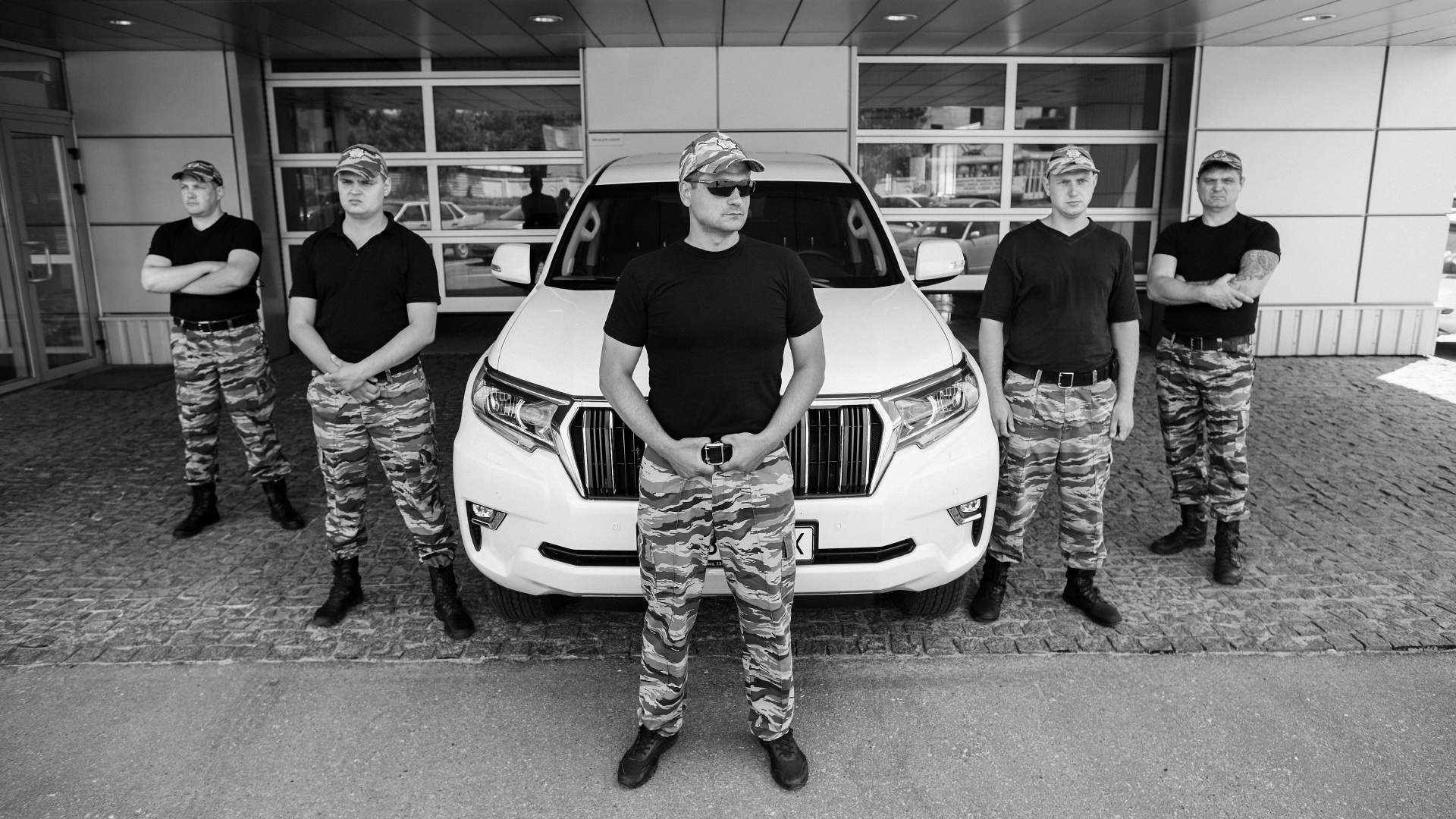 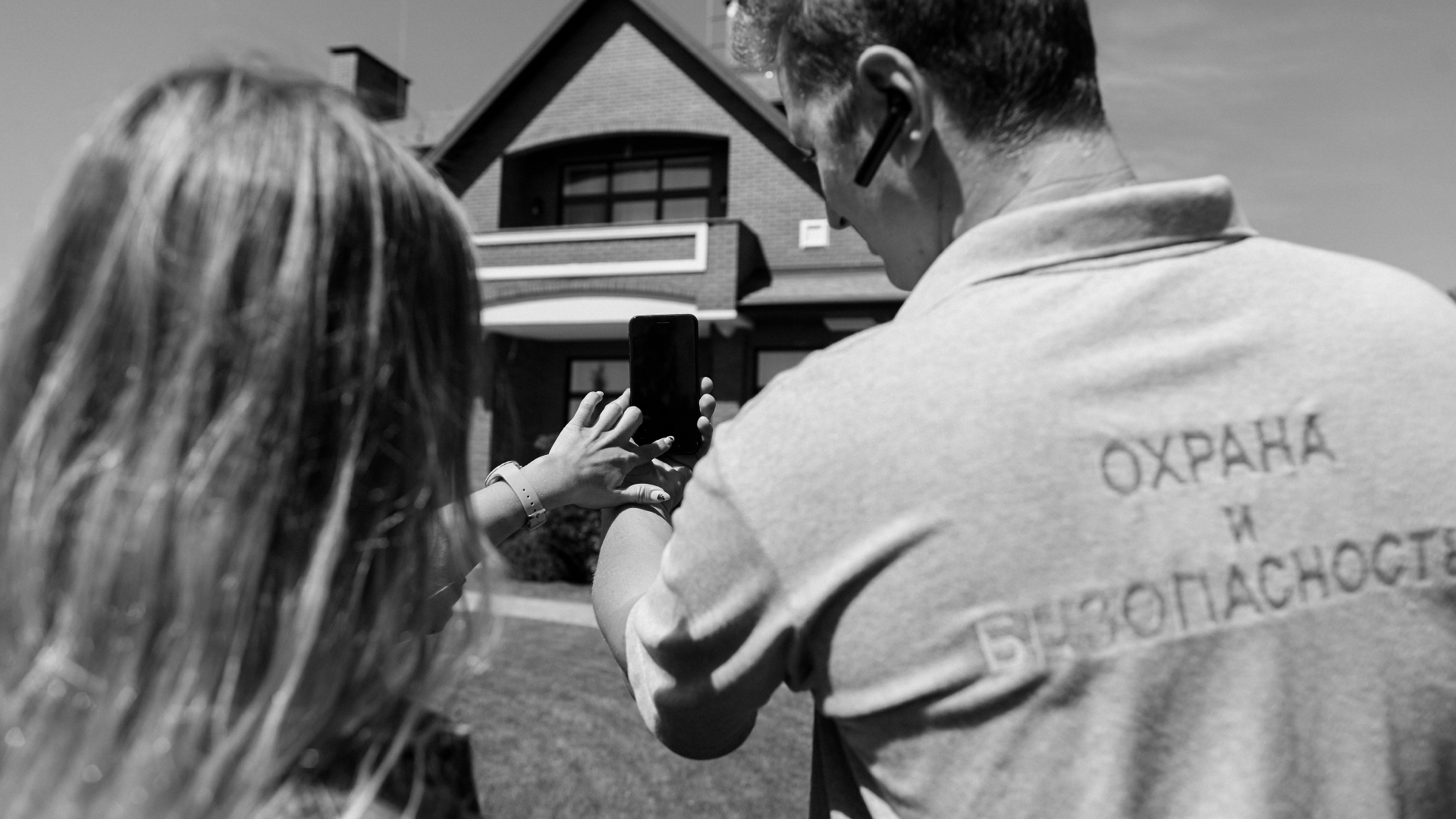 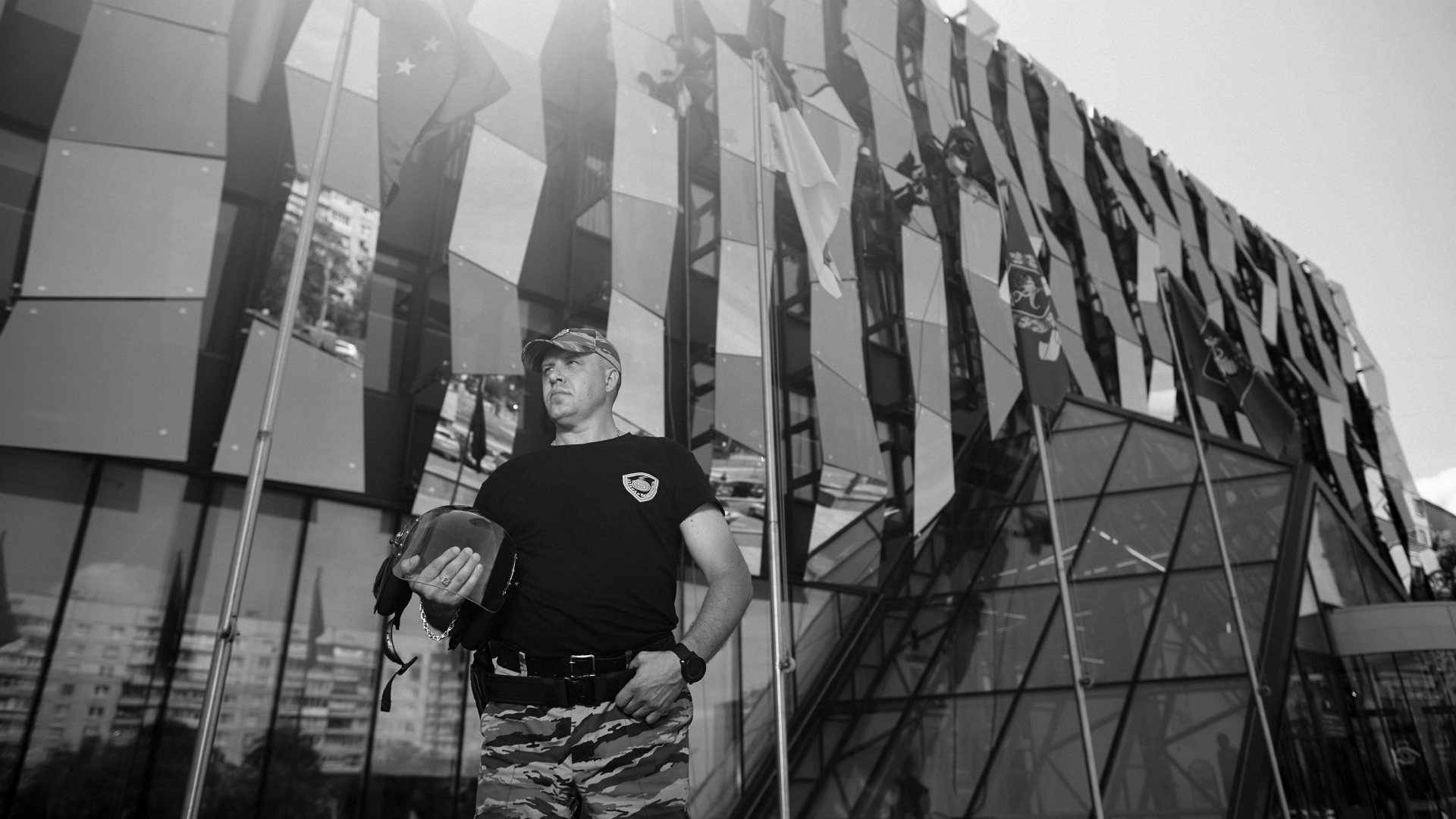 Our acquaintance with the company began with the request to create the name and the identity for the new line of their products – systems of their own security alarms. Once the first project had been successfully implemented, we understood that we could be useful not only in the development of the new product brand, but also with the general repositioning of the whole company.

The main reason of the new project was the evolvement of new companies in this sphere which had quite aggressive marketing campaigns. As compared to them, the positions of “Safety and Security" looked not so prominent even despite the long-term expertise and scale. The company did not have any clear position, its marketing activities were limited to a scope of quite standard formats and the design had never been updated before.

That was the start of a long and interesting process of rebranding of the oldest security agency in the country.

We did not even have a marketing department. Despite this, we started working on the new solution – new product which required its own name and style. It was obvious for me that we had to cooperate with a creative agency. Having communicated with some of them, we chose Arriba!

Once the first phase of immersion and analytics was completed, we had a strategic session with the board of directors and came to managed to understand the peculiar feature of the company which previously remained unnoticed

Speed. The main thing that characterizes any security agency. The speed of reaction and the speed of arrival of the security unit. The speed itself is the indicator of how competently the processes are built within the company, how prepared the staff are and how many security units drive around the streets of the city at the same time. Throughout the long-term period of its operation, “Safety and Security" has invested funds and efforts to arrive at the crime scene in the shortest possible time – within 3-5 minutes. Quite a few other companies are able to ensure such level of operational efficiency.

This knowledge helped us come up with the position of "Security Ambulance" which became the official motto of the company and directly mentioned its main peculiar feature.

It was decided to leave the name of the company as is even despite its old-fashioned and long form.

Prior to commencing the development of the logo, we decided to study the visual codes of the entire security category. The results were not surprising at all. Despite some newly appeared exceptions, the companies mostly do not differ from each other and use the classic form of a shield as the symbol of security.

Dealing with the rebranding of the company with 20+ years of history, it is important to leave the element which has been its symbol for all these years. Then it is only necessary to rethink it.

Letter S (stands for security) became the key element of the logo as it is a direct reference to the company's activities.

Taking the element of the categorical design code (shield) as a basis, adding a brand-attribute which is well-known by the audience (letter S) and seasoning it with the desire to create a heroic image around the company, we came to a modern and aggressive logo that became the new face of the company

Each special service (firefighters, ambulance, police) has its own individual colour. It allows the others to recognize their vehicles and make way for them in advance. Despite the fact that security agencies sometimes save human lives, they do not have the right of priority on the road and have to stay in traffic jams together with other vehicles.

We really wanted to overcome this injustice and turn the company into a special service. At least from the visual point of view.

This was the origin of the idea of the camouflage based on a sharp triangle which is the shape of the logo. And it further transformed into the corporate identity. Now all the vehicles of the company are visible on the road, and each unit has a chance to overcome traffic jams and congestions faster. 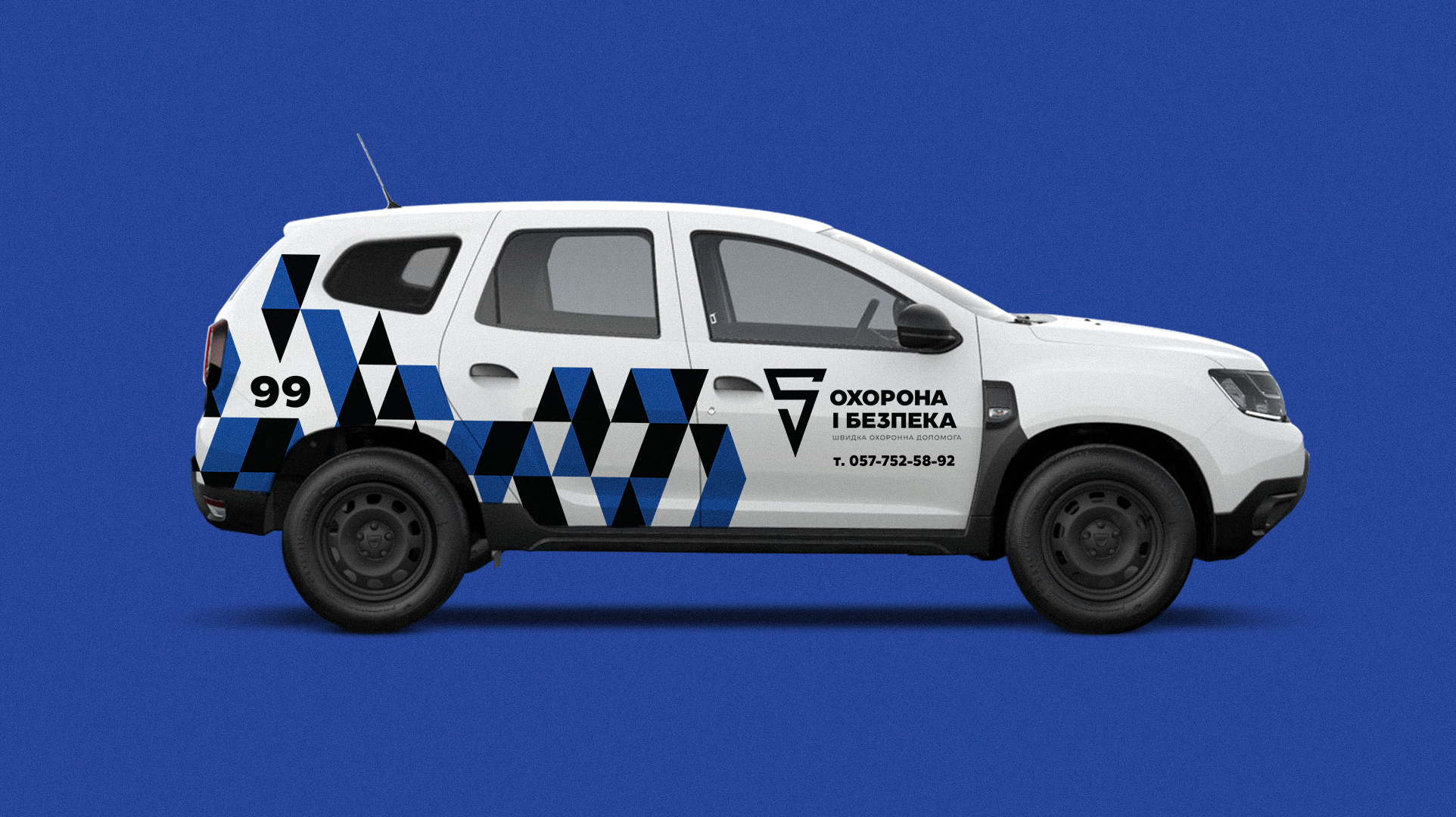 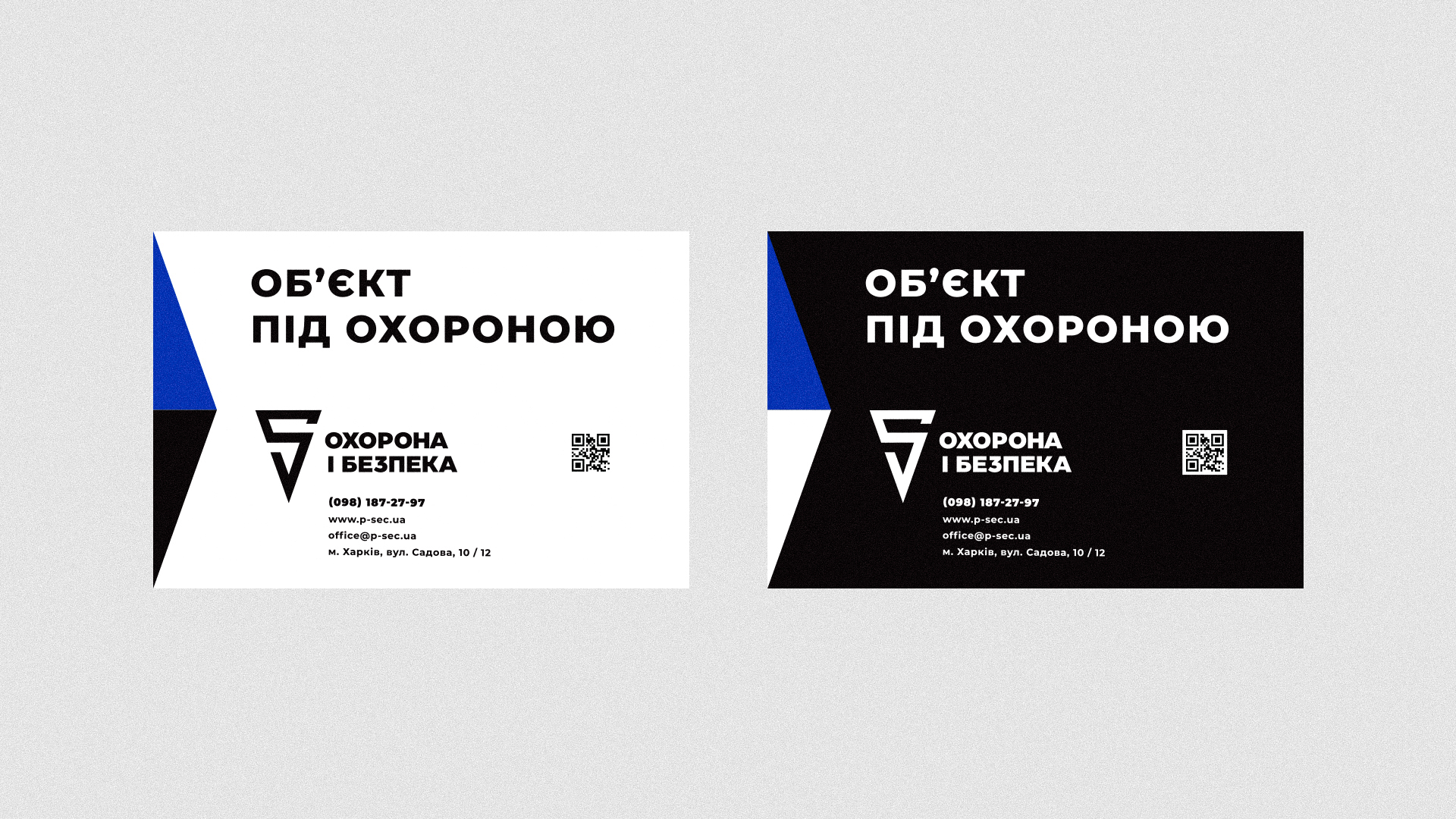 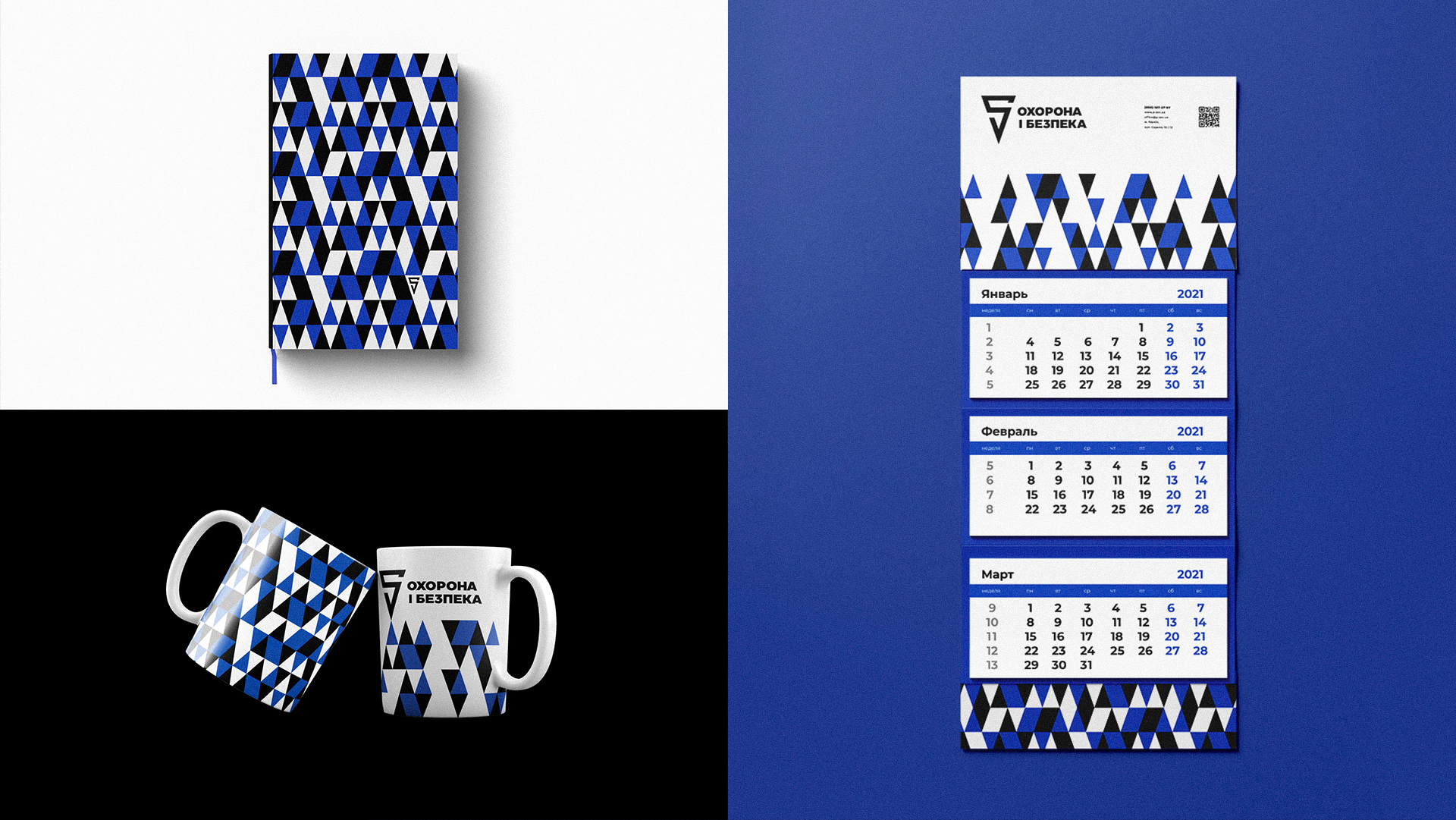 “Safety and Security" has acquired the new value proposition and the image. The next step was the marketing campaign with the new identity and the motto.

What do security agency advertisements usually look like? Harsh men in uniform, cars, frightening mottos and the contact. The closest competitors of the company went further and began to focus on high-tech devices and alarm systems.

But in reality even dozens of innovative cameras and sensors installed on the premises would be nothing as the result depends solely on the rapid response unit and how quickly they can arrive at the scene of crime. Those who protect your house are on top.

Devices do not protect.
People do it.

This idea became the basis for the marketing campaign of the security agency “Safety and Security". 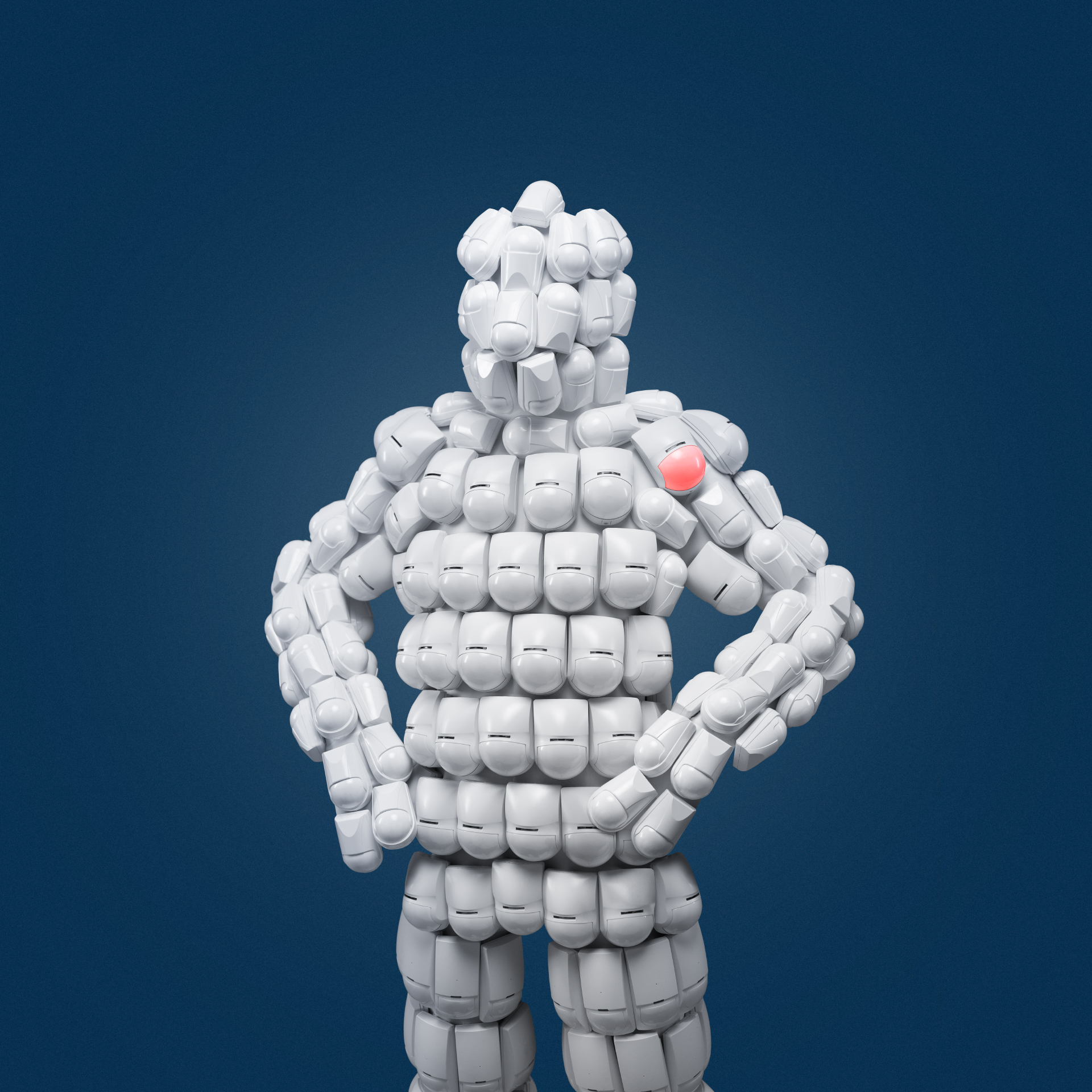 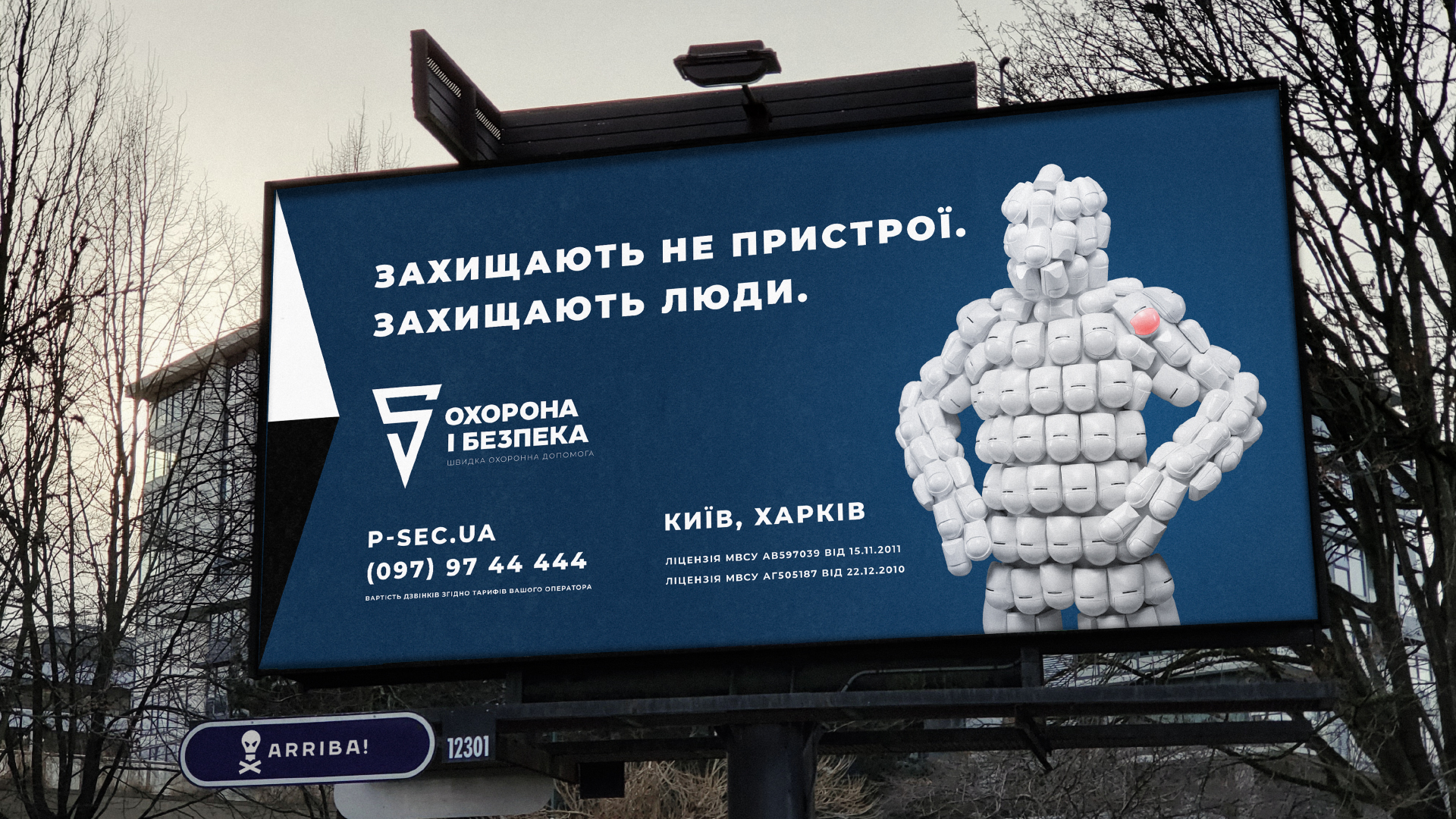 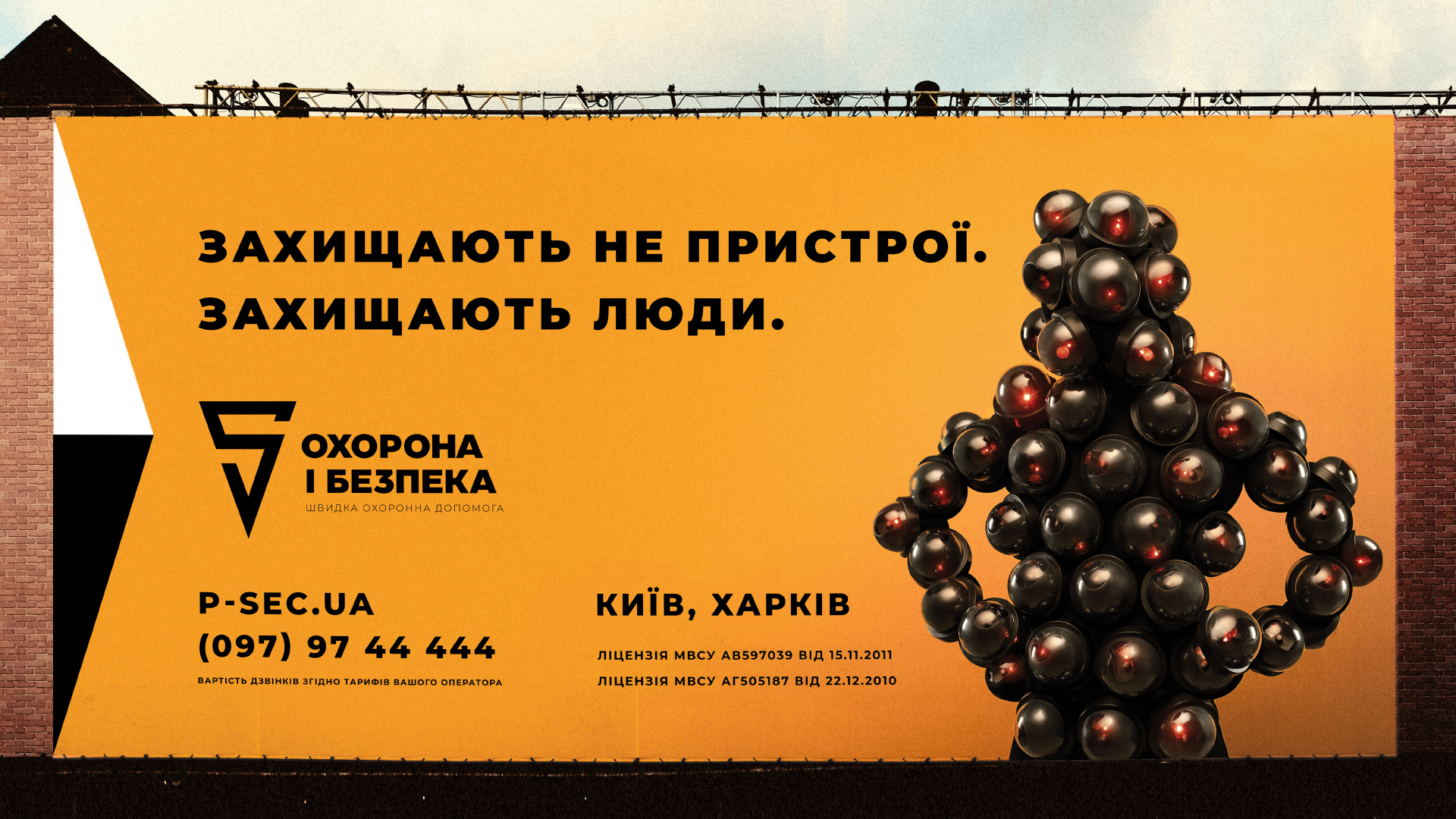 We created the costumes for the shooting and fitted them with sensors and cameras. 340 movement sensors and more than 60 cameras were used for the creation of the costumes. Moreover, we also did the series of prerolls with our deviceman in order to support the external communication in digital.

Whenever we came to the boss and suggested changing anything, painting or making an advertisement, we experienced some reluctance. It was extremely vivid upon the changing the design of the cars. Back then it was an abrupt refusal.  But we still voted for this or that idea and the boss usually abstained. Then we were preparing the cars for painting and suddenly he came and asked to stop the process. Then he said that he wanted the cars “in the new design”. But all these changes were quite difficult for him.

It is thought that 60-year-old people are quite conservative. But entrepreneurs remain the same no matter how old they are.  Especially if we are talking about the pioneer, the inventor and the  self-made director of the company with 400 staff members (as for now, “Safety and Security" has this number of employees).

Sergei Nikolaevich Chernyshov told a bit about his journey in the world of the business: “...it was in the beginning of 1999. I was forced to quit the company “KP Pult” which was the first in Ukraine that created and applied the system of fire safety on practice. ... Quite usually for such cases, I had to quit almost without anything – the companions left me almost nothing from our common property. Once I quitted I decided to establish the first ever security agency in Kharkiv. Thus, I created the company “Safety and Security". At first, we had only 6 staff members. … To tell the truth, these were difficult times. For instance, I made the radiators for the appliances myself and used some light-alloy metal from the snow shovels bought at a household store”.

I do think that working with small and middle-scale Ukrainian companies which need to be dragged out from the comfort zone, developed and carefully enlightened on the opportunities they get from advertising is an inspiring job.

It was so surprising for me to see how the team of the agency was working. I think we managed to do some cool things. We are still preparing for the launch of the product which was the reason why we addressed Arriba! and that will be a new stage of our cooperation.