Theatre is not only about its performances, posters and characters. First of all, theatre is about people - different, rare, special, and weird. Each one has his/her own values ​​and personality. For all the previous seasons with “Beautiful Flowers”, ​​we talked about the performances and illustrated the plots. But while working on a new corporate identity, we decided to show who is behind each of their masterpieces. We decided to show people.

Each created image had a story revealed through separate elements. Everything has its meaning: posture, combinations of colors, attributes and textures. The attentive spectator will build a complete picture himself.

is otherness. Fairy tales have a dark side, a character has a shadow, and there are baleful beasts in the forest along with the squirrels. Denis explores this otherworldly, magical field both in the theatre and in his music. 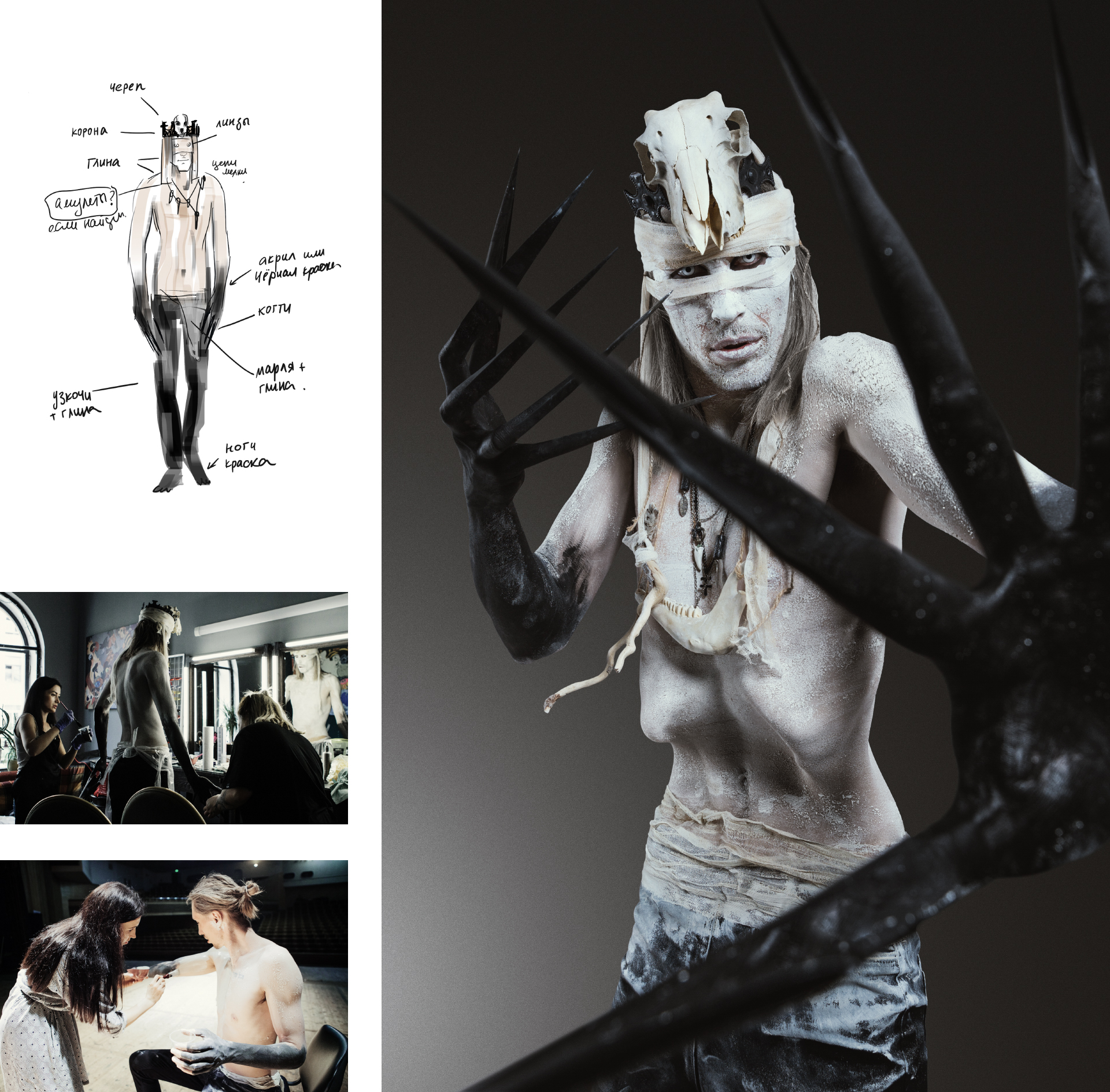 music that hits the heart. The character surrenders, blends with it, turning into an equalizer. 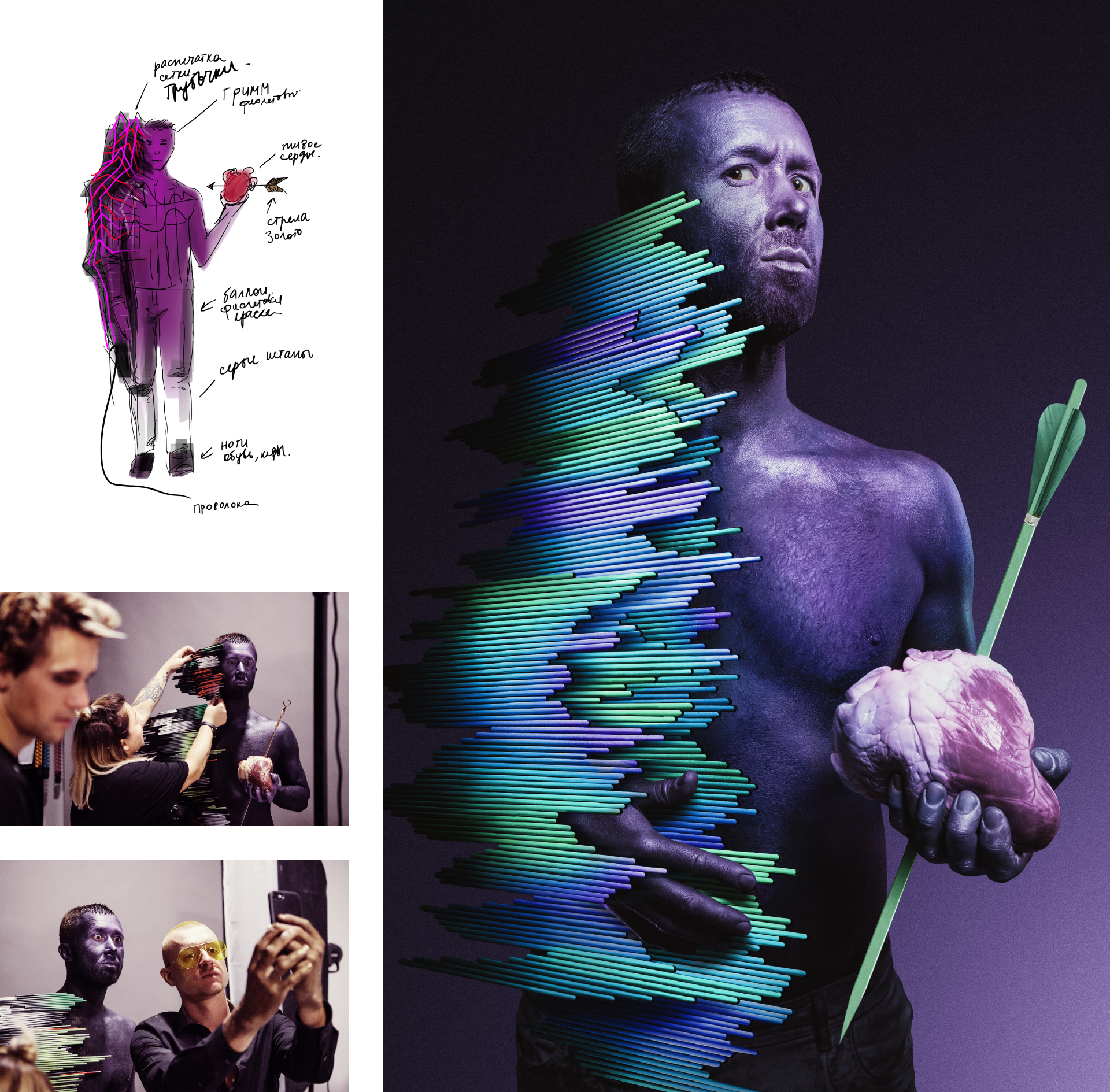 love as a modern muse. At first glance, she’s childish and reckless. But a real heart beats under the layer of pink chewing gum, and it’s ready to inspire. 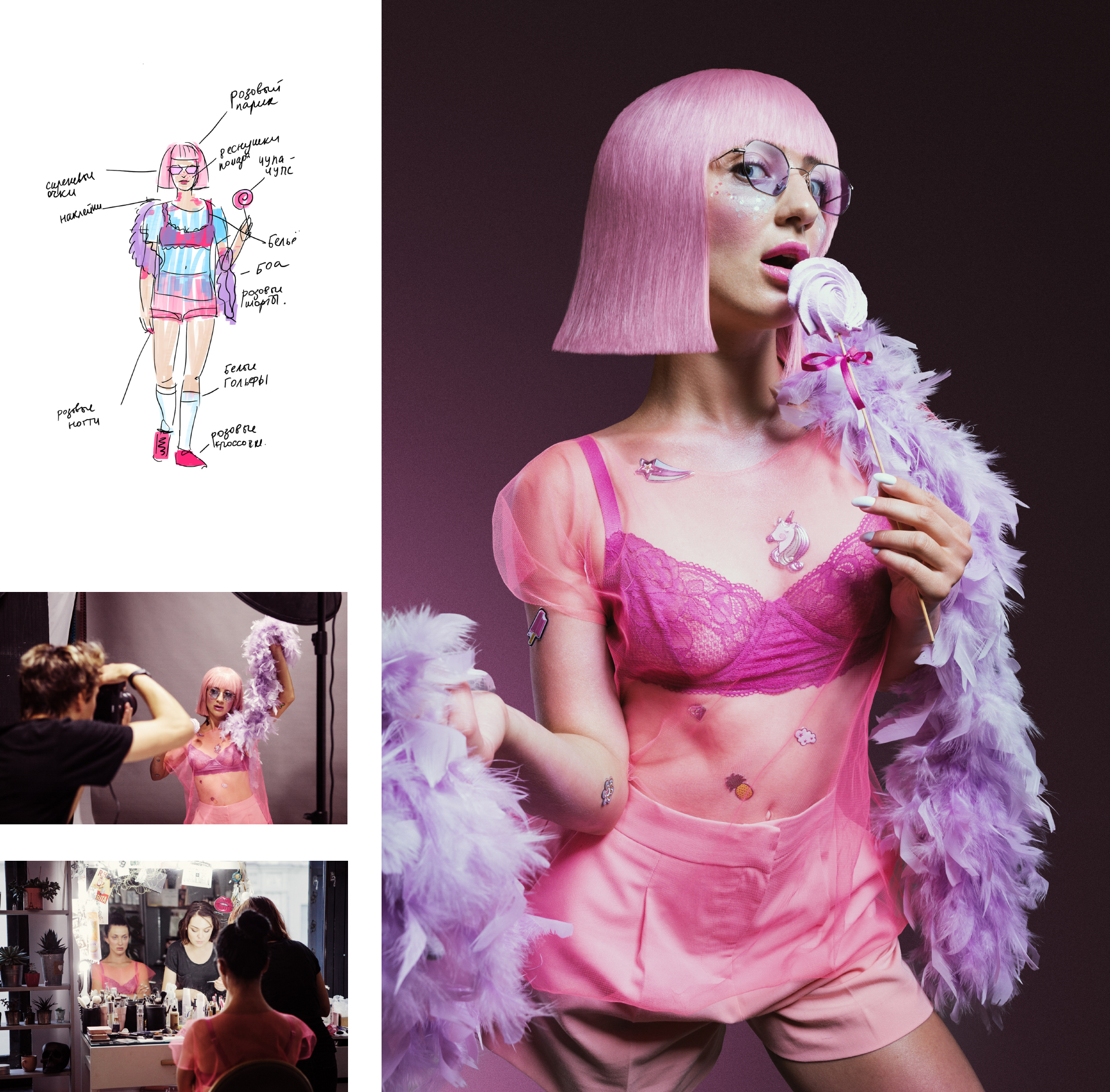 work as a value, permanent creative activity. Igor is taking care of productions, acting school and festivals. The combination of textures in his costume tells us that there is daily hard work behind the brilliance of the theatre. 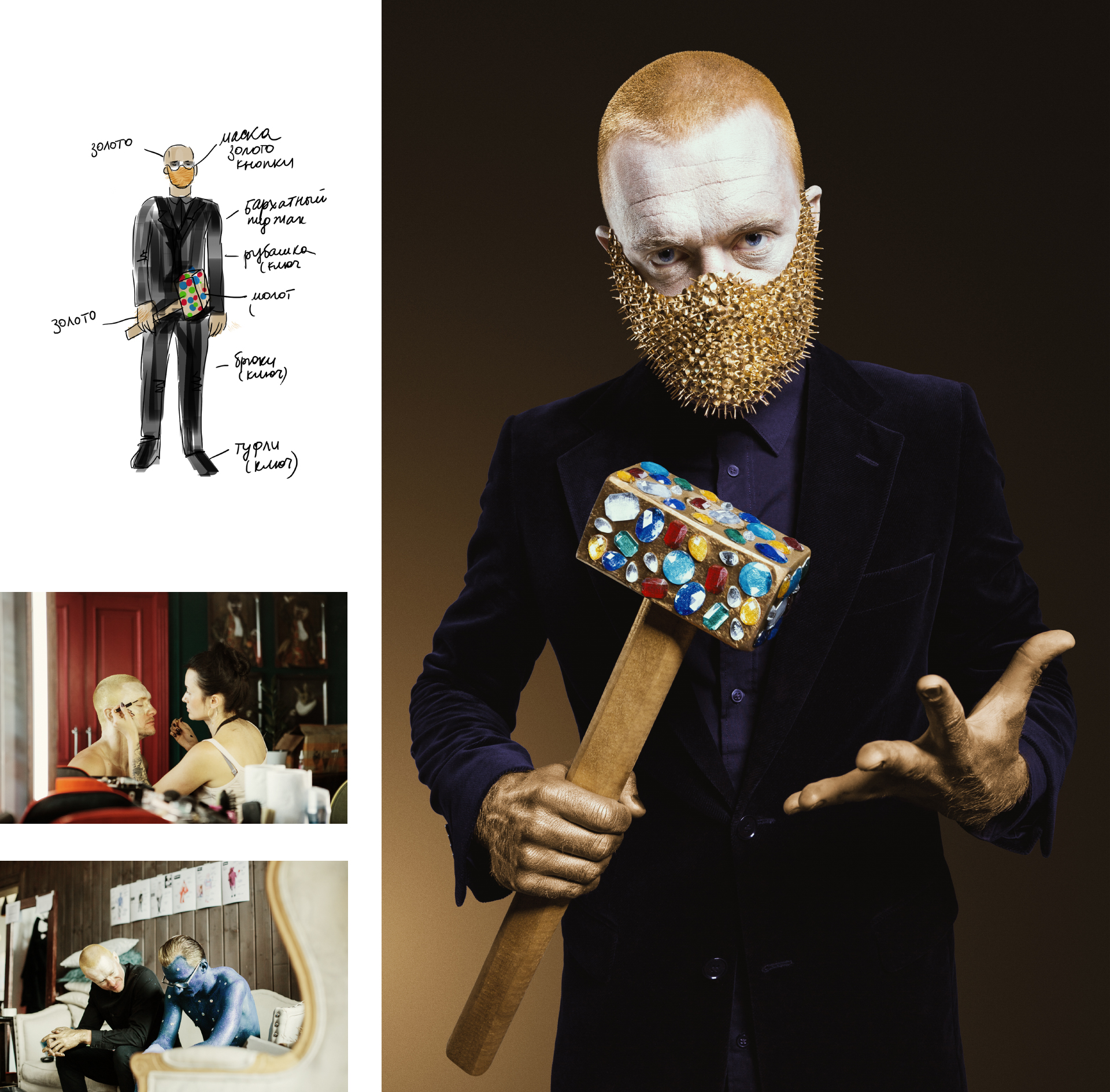 famous for his dance videos is controlled movement and dance. Space whales holding the recognizable style of the theatre. They don’t just entertain, but also allow to see familiar things in a different way. 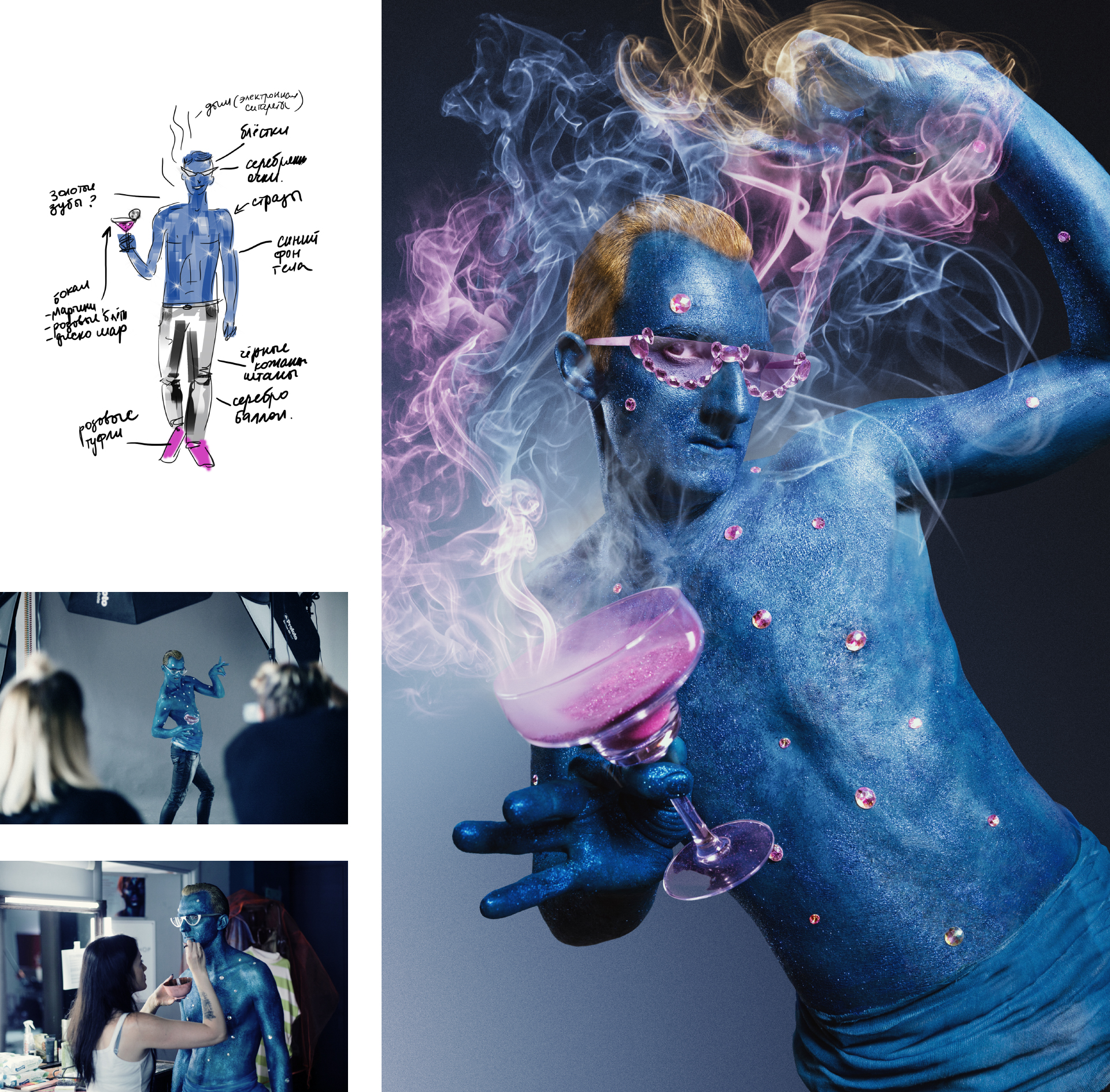 fight for freedom, revolution of equality. Sexuality in her image has combatant elements highlighting serious intentions and importance of the issue. Feminism should have fists. 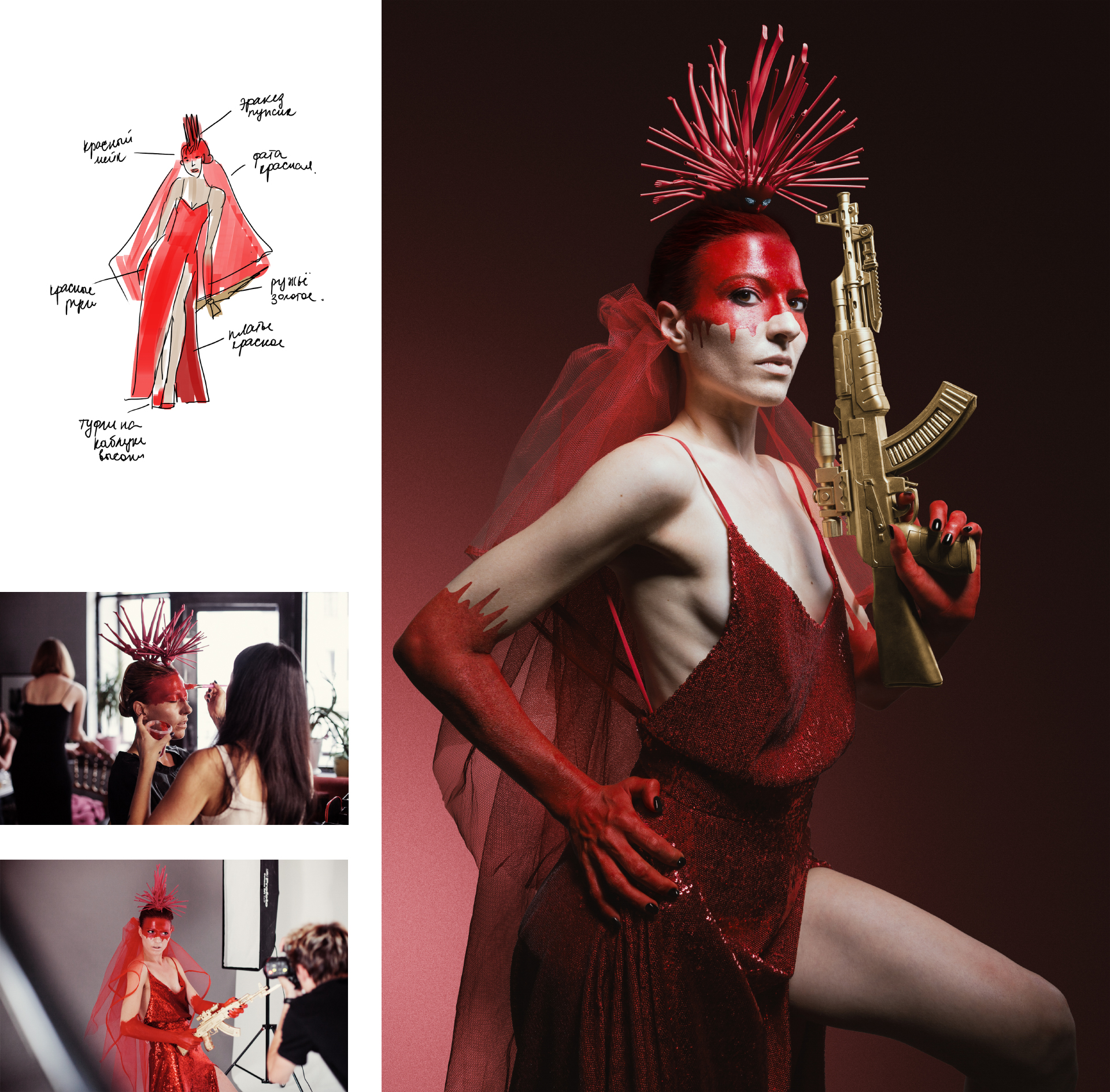 Interesting facts about the project.

»   25 kg of accessories were
used to create images.

»   More than 250 plastic straws were
used to create a human sized equalizer.

»   Fresh beef heart had been waiting for Sergey
Babkin in the studio shower for 6 hours.

»   After this photoshoot our producer knows
where to find the skulls quickly and without extra charge.

»   Big luminous number eight is yet to
play its part. 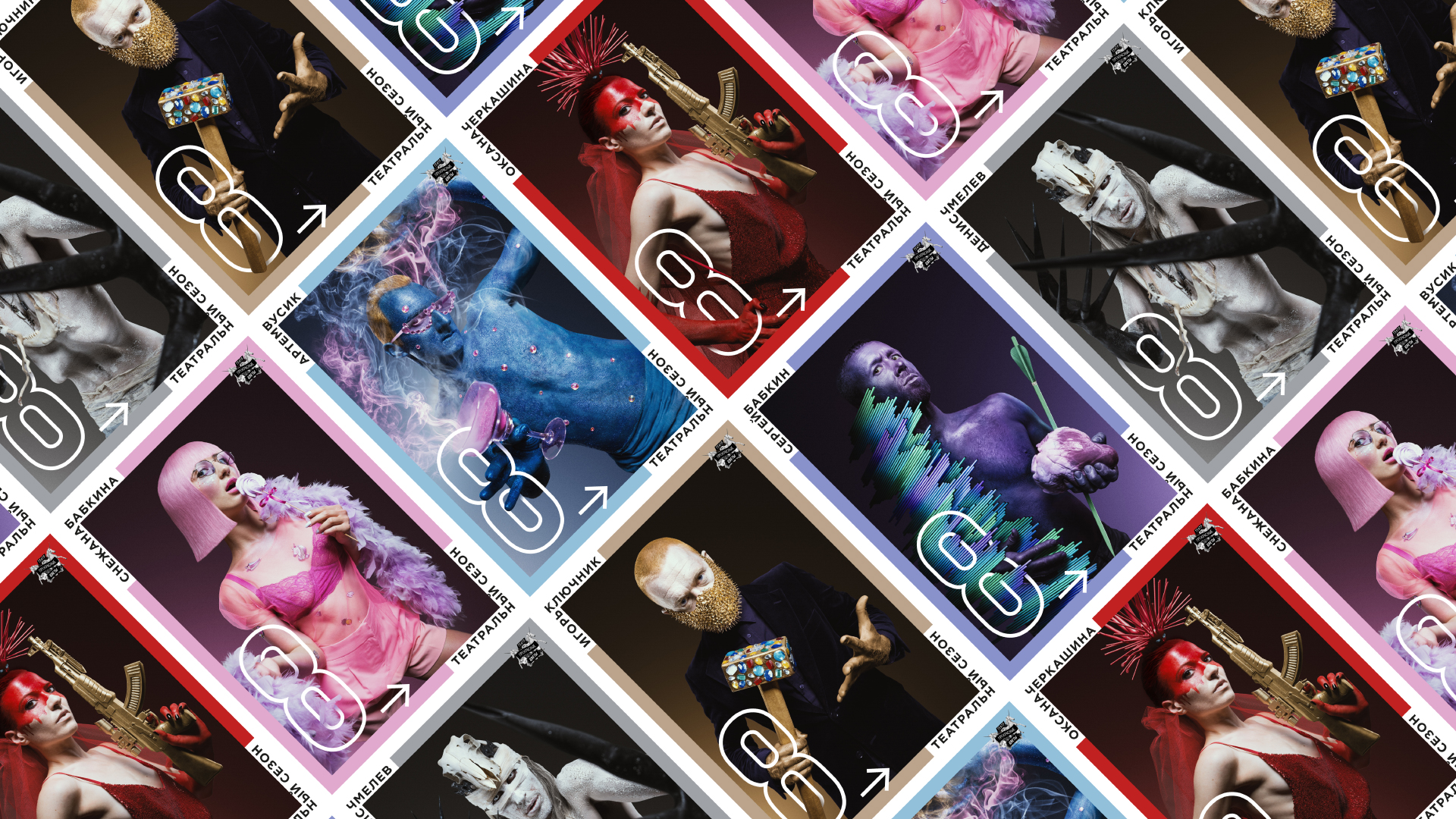 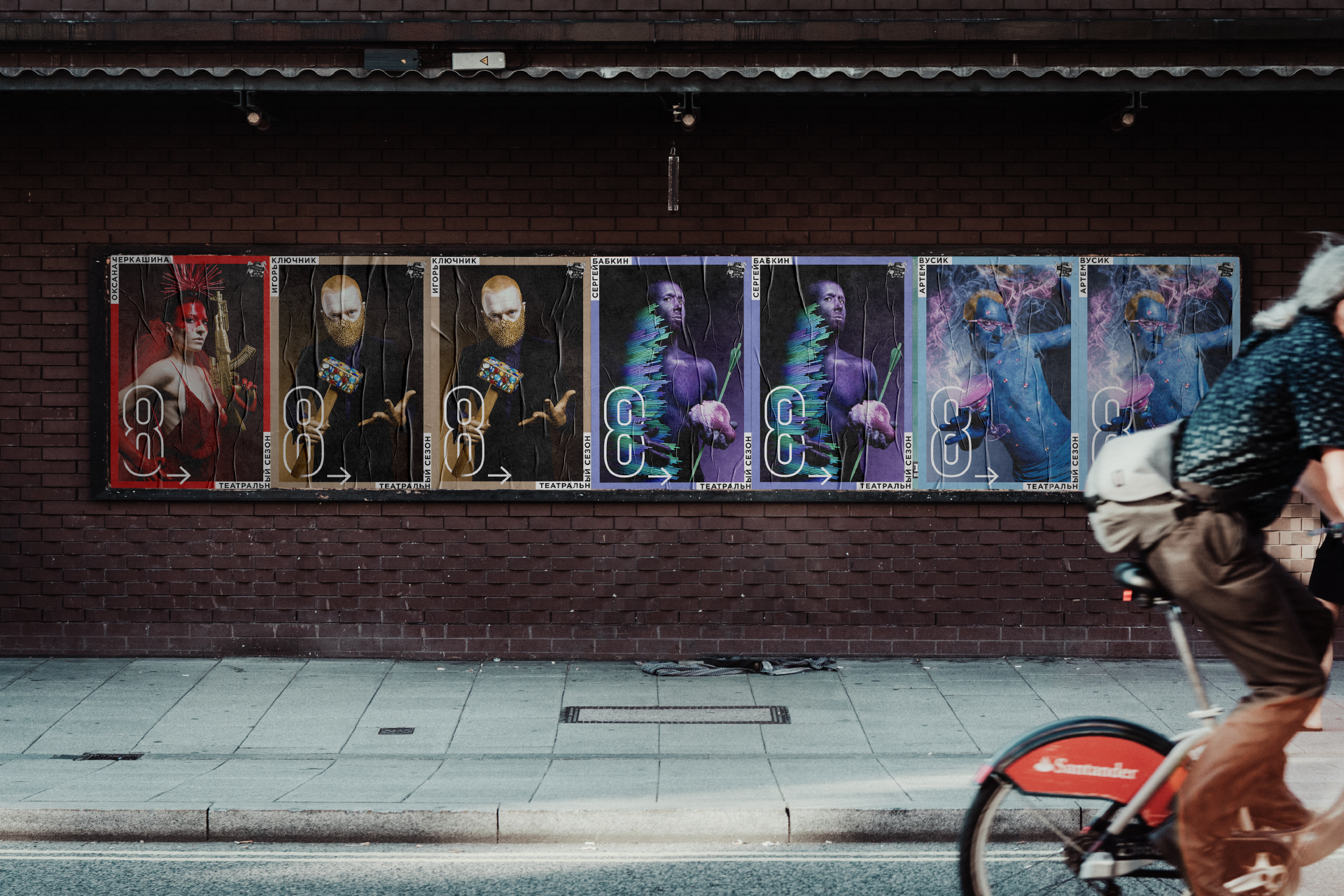 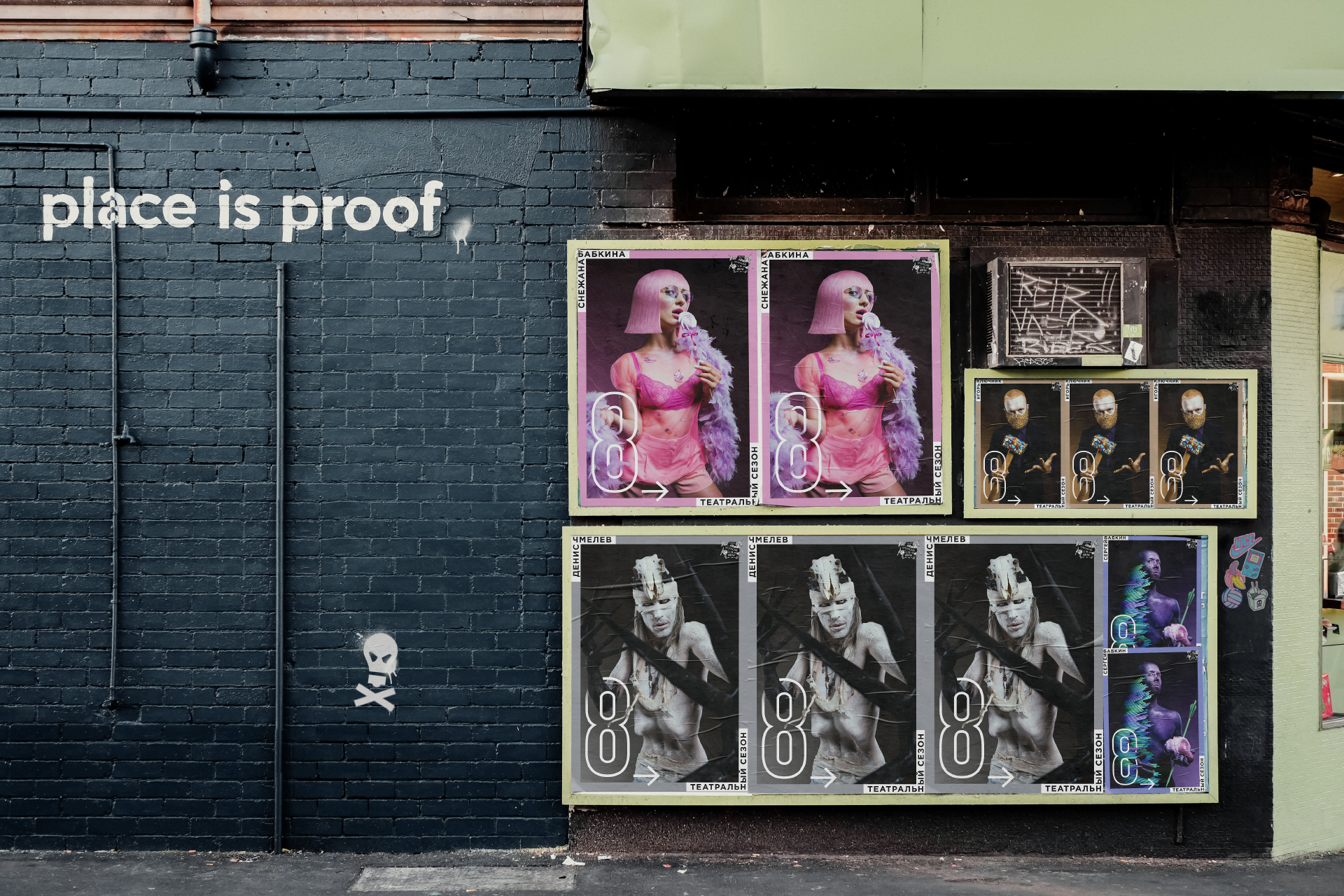